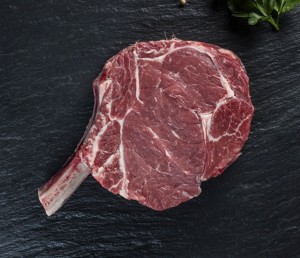 If you’re like most people, you’ve heard that grass-fed beef is better, but may not understand all the hype or why it’s true. However, the way that cows are fed can impact nutrient composition and bacteria inside, which is why it’s important to understand the difference between grain-fed and grass-fed animals.

In the past, animals were allowed to roam free and eat grasses that were indigenous to the area from which they came. Over time, however, farmers started keeping them in smaller areas to give room for more animals so they could make a profit. Then, they started feeding them grain to help them bulk up faster so they could be slaughtered and the meat could be harvested faster.

Over the years, people have become more obsessed with weight-loss and eating healthy. They became worried about the grains and antibiotics used in their beef, which is why many have turned to grass-fed options.

Primarily, cows start out living the same lives as all other cows. They drink milk from their moms and roam free as they learn how to walk. They eat edible plants, grasses, and shrubs in the environment. After six to 12 months, conventional cows are taken to feedlots to rapidly fatten them up with grains made with soy or corn. In many cases, the corn and soy make the cows sick, so antibiotics are given. Steroids are also used to bulk the cows up quicker.

Places like The Meat Store offer grass-fed beef to consumers because they realise it is more nutritious. Red meat, in general, can be highly nutritious if it is lean, but grass-fed meat is easier to digest and absorb the nutrients necessary. Likewise, it has more nutrients than traditional grain-fed varieties, including micronutrients, Vitamin E and Vitamin A.